Hauling Art-Chairs from Vancouver (the things you do for love!)

This story is taken from a journal entry I made in Aug of last year. I thought I'd post it as another insight into the process of creating my last art-chair grouping.

I have been on the hunt for my next project and after spending several unsuccessful hours searching local kijiji ads I decided I needed to expand the scope of my search. With little thought to the challenges of transportation I started to browse through Craig's list postings in Vancouver.

I am of the opinion that it can be a bit challenging to find something funky and cool in cowboy country. Not to say that it can't happen - I'm just not sure how often I'll find something I love (which could be a problem given that my current project requires an ample supply of fabulous finds). After a few quick minutes of searching I came across the perfect pieces- a very cool chair with a matching lounge. My heart raced as I inspected the photos. They were amazing! I quickly posted an ad on Kijiji looking for someone to transport the furniture. My hope was to find someone who was making the trip from Vancouver anyway and would do it at a price that still made purchasing the items reasonable. I thought about the pieces as I got ready for work. I thought about them at work and I thought about them as I drove home from work. By the end of the day I was totally obsessed. I imagined the pieces finished with beautifully coloured fabrics. Sometimes I saw them in green, sometimes in red, and sometimes in deep orange hues. I decided that I would hand paint the oval sections in the arms and do corsets on the back just like I did with my last grouping.

By that evening I had several responses from guys with trucks who were willing to help me out.I sent a message to whoever had posted the furniture saying that I wanted to purchase the pieces and crossed my fingers hoping that they hadn't already sold. I eventually got in touch with a sweet young woman named Laura and after some back and forth the pieces were mine! I was so excited. I quickly sifted through the names of people willing to haul my treasures and after a few calls I decided to hire Will. He had a friendly, jovial voice, he could do the pick-up immediately, and the price was right.

By the next evening Will and I had chatted several times. We arranged all the tidbits necessary for pick-up (exact location... basement suite... hard to find...call Laura when your close) and all the details of drop off (Thurs afternoon...will drop at home... will text when close..will help load into apartment or vehicle...will do whatever works). Will, however, did not do whatever works because while Laura and her husband stayed home waiting for him to pick up my goods he decided to disappear. An hour after he was scheduled to arrive I called him, then I called again, and again. Then I texted him. When he did not respond I decided he was no longer "Will" to me. He had become "Will-Not". I recalled that Will-Not had requested payment up front. I was glad that I had-not paid Will-not for a job he would-not do.

There is something about the night that magnifies everything. By 3:00 AM that night I was still tossing and turning and my annoyance with Will had transformed into a deep inquiry into the demise of human integrity. By 4 AM I was focused on him again and by five I had done a google search and found that he had several postings advertising his transport services, that he was from the east coast, that he had recently sold a truck, that he was married (God bless his wife), and I had his home address in Edmonton. The one piece of info that I really wanted to find still eluded me. I wanted his mothers phone number. I wanted to call and tell on him. The thought of ringing up his mom and reporting his bad behaviour seemed very satisfying. Satisfying enough that I finally fell asleep thinking about it.

I awoke the next day and immediately fired off a text saying "William are you dead or alive!?”. He responded with "long day yesterday, I'm in Vancouver now". There was no explanation and no mention of furniture and no attempt at further contact. I decided Will was on crack and that this small glitch would not get me down. I had plenty of responses to my posting so I contacted Alex. Alex wanted a $100 more than I was willing to pay so I contacted Fred. Fred didn't get back to me so I contacted Terry.Terry's dates didn't line up with Laura's holidays so I contacted Shad. Shad informed me that he was in Vancouver and as long as the pieces fit in his truck he would pick them up in a couple hours. It looked simple on his end because he happened to be staying in Vancouver very close to where Laura lived. We chatted about the pick-up details (exact location...basement suite...hard to find...call Laura when your close). We chatted about the drop off details (couple of days to get to me...not an overnight delivery...will drop at my place...will help unload). After a few phone calls to co-ordinate a time everyone agreed on 6:00 PM.

I sat down at the gallery feeling excited and relieved. I could hardly wait to get my hands on those pieces and start transforming them. At 7:00 I texted Shad and asked how it went. There was no response. At 7:30 I called Laura and she let me know that Shad had no- showed. At 8:00 I texted Shad and asked what happened. He ignored the text. I wondered what the hell could have transpired in three hours that made a simple phone call too much of a stretch. At 8:15 I locked up the gallery and pondered driving 20 hours round trip to get my furniture. At 9:00 as I sat sipping my tea I googled Shad. I found out that Shad is a dry-waller and electrician but he has ambitions to become a pornographer. He knows very little about building websites but he is willing to trade his drywall services if someone will build him a website specializing in "Adult Entertainment". He has very little money but he'll be charging for the site and might trade other labor jobs if someone would assist with his higher career aspirations.

That was when Shad was no longer Shad to me. He had become a dark and elusive "Shadow" (if this was his actual full name he was living up to it). I had the feeling that I should be happy we didn't meet.

I think I'll be taking a trip to Vancouver.

The Unpredictable Nature of Creativity 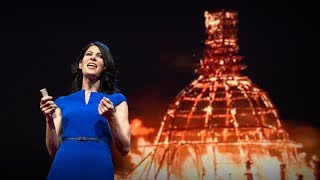 The Art of Burning Man 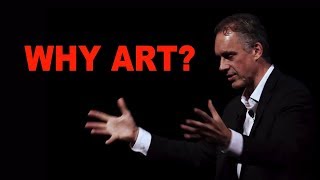 Jordan Peterson- Art as a window to the Transcendent

Scenius: "the intelligence and the intuition of a whole cultural scene"

Each Fluevog is a beautiful piece of art

What Happens When Billionaires Buy Art?